Our Beer at East Nashville Beer Works is always approachable, and we strive for a lot of style variety. Our theme is “Balanced and Bright,” balanced malt and hop profiles, with bright flavors. These are our four year round core beers, or “flagships.” 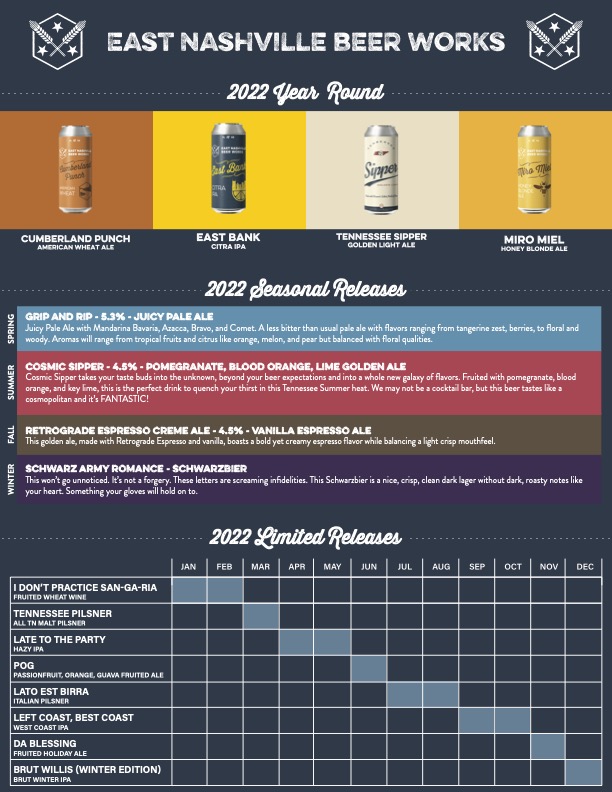 In addition to our four year-round core beers, ENBW will release four seasonal beers to coincide with the traditional seasons, as well as a slate of limited releases in cans.

Download our beer calendar to see the full lineup. Stay tuned to our socials as well, as we will release “taproom only” beers throughout the year such as our anniversary beer “Augustfest” Blackberry Wheat in August, or “The Grievance” Milk Stout around the holidays.
Download Calendar 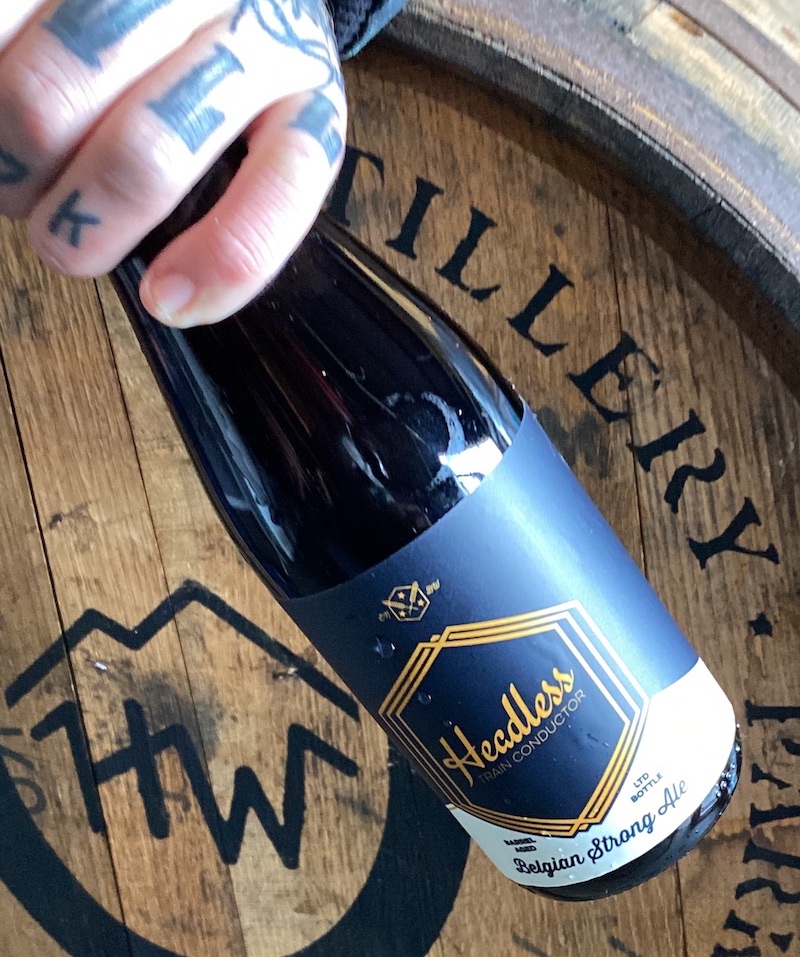 We have ramped up our barrel program and began releasing specialty bottles! Our Barrel Aged “Headless Train Conductor” Belgian Strong released February 2022 and sold out in one day. ENBW will continue to build this program into an eventual bottle club where we release one per month. For now, be sure to follow us on social media for a heads up on the next release.